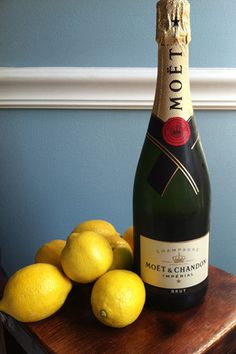 my husband cheated.  got the side chick pregnant. denied the affair.  i kicked him out of our home.  he kept the baby a secret for a year.  i started over with myself and children. there, i said it.  beyonce’s new album “lemonade” could not have come at a better time.  i’ve been contemplating writing a post on the topic of my divorce, the journey of forgiveness, and my eventual deliverance. then i’m hit with news of a may wedding featuring my ex-husband and………. guess who?

at times i have difficulty articulating exactly how i’m feeling. trying to translate my thoughts, which are complex beyond comprehension, has been a challenge.  but this album happened. watching her visual album set the tone, but listening to the words gave life to the way i wanted to share certain nuggets of my story.

like so many women, i was handed the lemon, infidelity.  like so many women, i can pin point the exact moment when my womanly instincts alerted me that a storm was coming. however, without hard core evidence i’m not one to nag and pester a man, life moved on. despite the clouds hovering over our marriage, we decided to try for a third baby to bring completion with our family.  during this time, the affair was fresh in the beginning stages – he was inexperienced.  somewhere between the 9th and 11th week of my pregnancy i miscarried.

it was a loss and a pain that was unimaginable. we decided try again for a third baby – pregnancy was a success, but my marriage was deteriorating.  maybe my hormones heighten my senses because i was able to see that the atmosphere in my home had shifted, the storm turned into a tsunami and i was no longer comfortable or covered.  to make a long story short, i asked, he lied, i asked again, he admitted, we separated then the divorce process started.

i can remember the bitter and tart taste of revenge.  i was furious, embarrassed, alone, betrayed, neglected and rejected. i wanted revenge – bad.  if i had never experienced hate towards someone, i did then.  its amazing how i was able to get free from those chains because i was locked in to returning the gift of pain.  speaking of pain, i was drowning in it.  the more i cried the more i felt the hate.  just the thought of being hurt was hurtful.  here i am, lying on the floor with his unlocked cell phone in my hands as he’s asleep in our bed, i’m reading sexually explicit texts between him and his pregnant side chick.  ironically, i’m being labeled the crazy one for snapping and cussing him out. i’m being told to calm down.  i was trapped somewhere between the lies and tears.  i had just been shitted on in the worst way.  his team of co-conspirators stood silent in my presence, while behind my back they celebrated his new promising future.  they were given strict instructions to keep secret of his new life and new job – thinking it may make his child support increase.  i was over being the butt of the secret and wanted out.

first, no one gets married to get a divorce.  high school loves, ten years of marriage and 3 children later i’m faced with a wife’s worst thought – a failed dream. thats when my process began.  the story goes on and there are many parts that led me to my healing and i’m so grateful for that process.  at this stage of my life, i’m proud of myself for being honest, for each tear that rolled down my face and made a home inside of my pillow.  its because of that very process that i’m happy for my cheating ex-husband – the person that promised to honor me til death did us part.  certain men need to be married – my ex husband happens to be one of them.  in no way is this a bad thing because technically we all need someone.  for a lot of men, adding a wife to their team brings stability and order into their lives and lets face it, i have three children with this man – outside of me, he needs assistance in raising them.

i’m sure the burning question for most is “how did i become ok with the other woman?”  let me be clear, she and i are not friends.  we do not hang out, we do not socialize or enjoy deep conversations.  i’m good with them because i became great within myself.  because of that I can be in the same room with her and not think twice about choking her or ramming her head through a window.  i’ve not only moved on, but i grew up.  in no way did their deceitfulness ruin me or make me think less of myself.  although it took time for me to rebuild again, i did not take on the role of placing all of his burdens on me.  before starting my business, before the man of my dreams entered, before my transition to living downtown i had to go through the process of trust.  trusting in my faith like never before was a task like no other.  i could not believe that God let that shit happen.  the ‘why’s’, ‘how’s’ and the ‘when’s’ were constant opening questions in my prayers.  i kept a tight circle of my closest friends around me to vent to and to cry on their shoulders.  everything was a process and i respected that. my vulnerability became my strength.

so here i am a week away from sharing the same last name with the other woman who also now shares a part of my family.  she’s about to make the same vows to the exact same man saying the exact same words “let no man tear apart what God has brought together”.  see what i just did?

i love my children so much that i chose to not make a mockery out of myself because children are visual.  if all they’ve ever seen from their mom was yelling, screaming, cussing, crying – and acting a fool – that would do some type of damage to their childhood.  i can’t teach and train my children to be respectful and forgiveness if i remained in bondage.  my life’s disaster turned into the perfect parenting training for raising my children.  i became so obsessed with becoming successful, achieving my dreams and living the life that i know God wants me to have that i became less focused on my ex husband and his fucked-upness.  my life was turning around for the better.  i had taken all of those lemons that had been thrown at me and began using them to garnish my life like a fine expensive french cuisine from marcel’s.  i did more than just make lemonade out of those lemons.

i had made peace within myself, which then extended to making peace with him.  forgiveness can look different to different people.  i like the feeling of freedom and holding grudges doesn’t equate to freedom.  sure i was betrayed and i did have every right to cussing both him and her out – but that season had to come to an end.  i mean, did i want to spend the rest of my life being the angry ex-wife?  hell no!  i had better things to do with my time, my children and my life.  as for my ex-husband, i wish him nothing but the best in his future.  i believe that he too has learned (and may still be learning) his lesson which has contributed to his maturity as a man and a father.  i need for him to be responsible and aware of his actions because our children are watching.

lemons are used for healing wounds, infections, illnesses and a hosts of other things.  i just squeezed harder to get the juice.  life is much easier and more relaxed for my children and i.  the goal for me has always been to be a great woman that my children will be proud of and can learn from.  the redemption that i have now is far more sweeter than the revenge that i was first after.  i sleep better, i laugh longer, i eat great, my finances are in order, my body is sexier, my love runs deeper and my endurance is stronger.  thank you for the those lemons.  my lemonade wouldn’t be so sweet if the lemons weren’t so bitter.

57 thoughts on “bitter and sweet”

This site uses Akismet to reduce spam. Learn how your comment data is processed.

Join 615 other followers
Follow the r district on WordPress.com